Welcome to the "Backyard!" 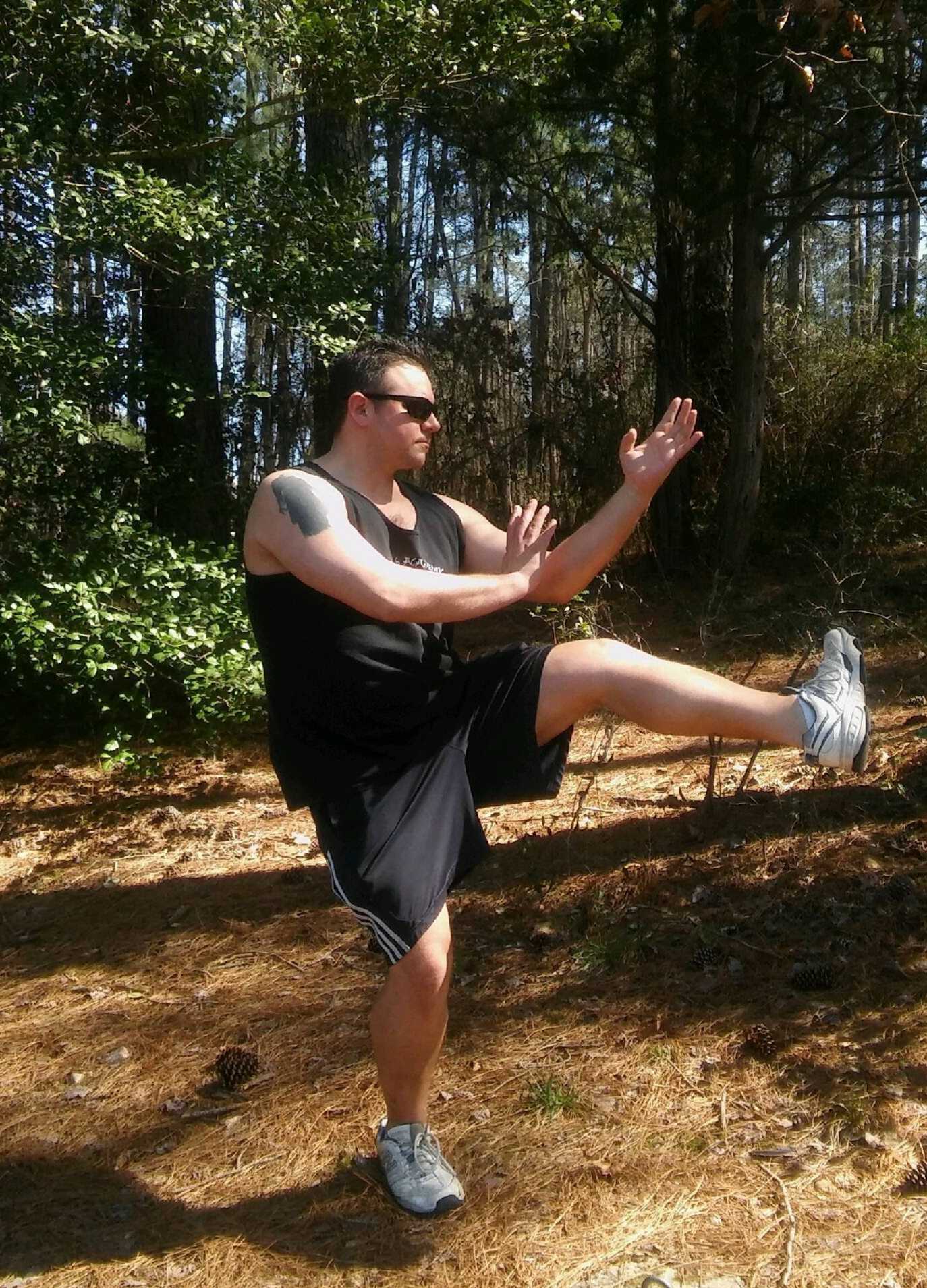 My name is Robert Bartkowski and my mission is simple: sharing the skills I have acquired over the last 25+ years as a martial artist, personal fitness trainer and healing arts practitioner with anyone seeking to learn and apply the essence of these various "warrior ways" to live a more healthy, confident and balanced life.

it is both my mission and my passion to share the skills I have learned to awaken the WARRIOR within YOU!

Before we go any further, let me take a second to explain what exactly the term “backyard” means: back in the old days, a kung fu instructor or Sifu (a title meaning “teacher” or “one who has gone before,” used the same way as the much more familiar karate term Sensei) would generally have 2 kinds of students: class students and backyard ones. Almost all of the teacher’s students would limited to the class or school, but a chosen few would meet privately at the teacher’s home, in his backyard, to learn the advanced secrets of the art.

To these students-who had proven their dedication and worthiness-nothing was held back, no secrets were hidden and all was revealed.

If you are reading this, it means that YOU are among the chosen few to receive an invitation to my virtual “backyard,” so again welcome! I am so excited to be able to share what I have learned with you, as I know it will greatly improve whichever area of your life you choose to focus on.

No matter what you goals are, if you would like to be able to:

just know that all of these benefits-and more-are just waiting for you here. Whatever your reason for dropping by today, just know I've got you covered.  Here's the best part about what I have in store for you:

You will be stunned (in the positive sense) at just how easy it is to begin learning and applying the ancient “warrior ways for modern days.”

So get ready, because you’re gonna love what’s coming up next. 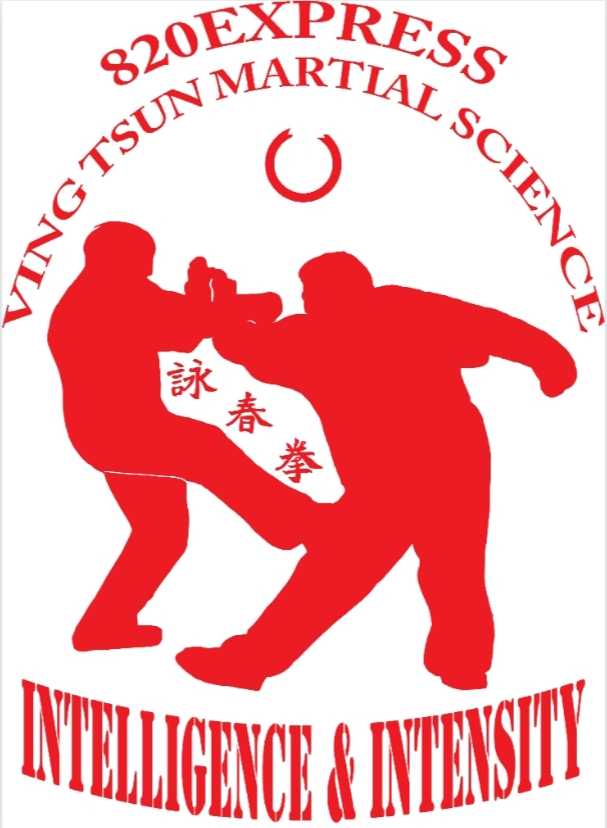 In Structure, Simplicity
In Technique, Efficiency
In Application, Intensity
And In All Things, PRACTICALITY

The 820EXPRESS Ving Tsun Martial Science Club (820XVT) was founded in 2012 by Instructor Robert Bartkowski to promote and preserve the Wong Shun Leung system of Ving Tsun as a combative system of personal protection and self empowerment as taught to him by Sifu Philip Ng (himself a direct student of the late Grandmaster and undefeated no-rules challenge fighter Sifu Wong Shun Leung ) of the Ng Family Chinese Martial Arts Association, headquartered in Chicago’s Chinatown.

For those who may not be aware, Wong Shun Leung was the man directly responsible for instructing a young Bruce Lee in Hong Kong. In fact, Wong Shun Leung’s own experience as a street fighter with an undefeated record in some say hundreds of bare knuckle no-rules challenge matches in Hong Kong, as well as his direct, no-nonsense philosophy of personal protection (forged out of having survived several street encounters against both armed and unarmed attackers, and almost always outnumbered), inspired Lee in the evolution of his own personal style of jeet kune do, which translated means way of the intercepting fist. 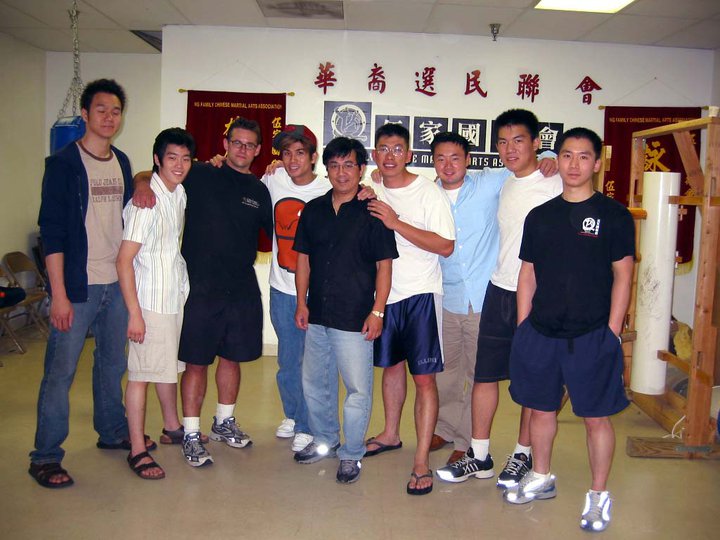 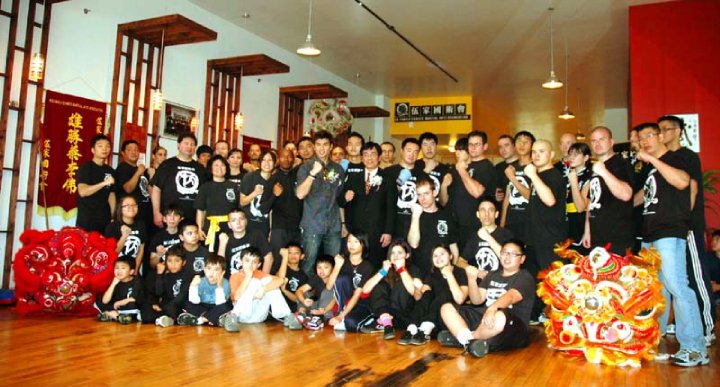 Philip stressed to Robert the need to create a more centralized and standardized organization for him to better spread the art of Ving Tsun to his students, thus ensuring the art is passed on in a progressive yet undiluted manner.  820XVT is dedicated to constant growth and self learning via the medium of the art and science of Ving Tsun Gung Fu through proper and constant training to attain combat proficiency.

It is the belief of the 820XVT that true inner peace and self confidence can only be attained when one inherently understands that he/she can handle him/herself in any environment, either by recognizing and avoiding a potentially dangerous situation, verbally diffusing a possible conflict or, if necessary, successfully incapacitating an attacker and removing oneself from harm’s way. It is in this spirit that the 820XVT Club was formed. 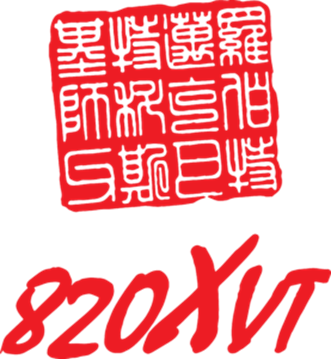 Personalized brand logo of 820Express Ving Tsun (Wing Chun) Robert’s personal approach to training and teaching the system of Wing Chun Gung Fu. The characters contained within the block seal are Robert’s full name in Chinese along with the characters for “Sifu” (instructor). 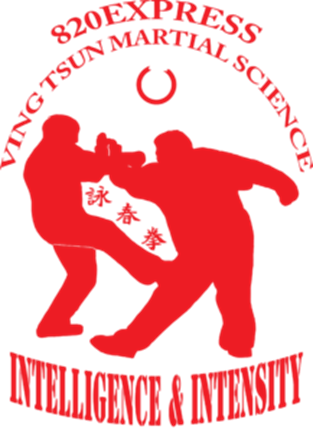 Our logo speaks volumes as to who we are and what type of training we engage in.

Wong Shun Leung called his expression of Ving Tsun, “Ving Tsun Kuen Hok” or “The Science of Ving Tsun.”  We do not view Ving Tsun as an art per se, although it is.  We view Ving Tsun as a scientific, surgically precise yet barbaric when necessary system of personal protection skills and strategies.  If other martial art styles and systems can be likened to art classes in high school by way of their aesthetic beauty, Ving Tsun can be compared to physics and geometry, as we are guided by immutable laws and scientific principles.

A “Club” is defined as “an association of two or more people united by a common interest  or goal.”  Our common purpose is, as stated above, self empowerment and personal protection through attaining combat proficiency by training in Ving Tsun.  Whether we have 10 members or 10,000, everyone is an individual, not a name or a number.  We are a family whose members look out for one another and genuinely care for each other.

Training sessions are focused yet relaxed; discipline is often not necessary, as everyone is there for a common purpose and motivated to train. This sense of intimacy in training fosters the bonds of brotherhood and camaraderie amongst its members.

Of the two figures, you will notice the attacker is larger than the defender. That is because, at least where I come from, attackers tend to target those smaller in size, strength, etc., just as a cheetah never picks the fastest or strongest gazelle to hunt.  Add this to the fact that the art of Ving Tsun is said to have been founded by a woman and you can see why this art is ideally suited for those who have neither the size or physical strength to outmatch an attacker by force or physical stature alone.

The Chinese characters for “Ving Tsun Kuen” pays homage to the traditional nature of the art; i.e., that we train and pass the art on in an undiluted way.  Although many members of the club cross-train in different styles, when we train in Ving Tsun it is VING TSUN time.  We do not blend or combine the system with others in our classes.   This ensures the potency of the art remains intact by a firm grasp and fuller understanding of the concepts and principles of the art.

The bottom rocker contains the words “Intelligence” and “Intensity.” These are the two adjectives that best describe the spirit in which we train.

Ving Tsun is a thinking person’s art.  We do not do anything that is of no use.  Conversely, we must train with INTENSITY so as to be prepared to use our art in a realistic manner should the need ever arise.

The Circle in the middle of the logo symbolizes constant change and evolution. We are all evolving (or at least should be) as martial artists, fighters and most importantly, as human beings.  We chose the modern style of the circle in lieu of the yin/yang symbol to recognize that while our art is more than 350 years old, we live in a fast-paced, constantly changing society and as such, we must adapt to our surroundings and strive to apply our art in today’s world without losing the art to bastardization under the guise of “modernization.”

It is our belief that by training earnestly and diligently in Ving Tsun, the concepts of simplicity, efficiency and directness can be applied to all areas of one’s life, not just martial arts, thus leading to a happier, more productive and balanced life.  This can only truly come about, as stated earlier, by attaining the skills and abilities necessary to protect oneself and one’s family.

Please be aware that although we are a supportive and close-knit community, we are an invite-only club.

Each prospective student must interview with the instructor to determine if his/her personality and attitude is the right fit for the Club.

We are not here to pander to or please anyone, nor are we here to try and “sell” anyone as to why they should train with us vs. anywhere else.

We will not waste time trying to make someone conform to our training, as that will take time away from those in the Club who know why they are here. There are no egos here; everyone is here because they want to be here and behaves accordingly. 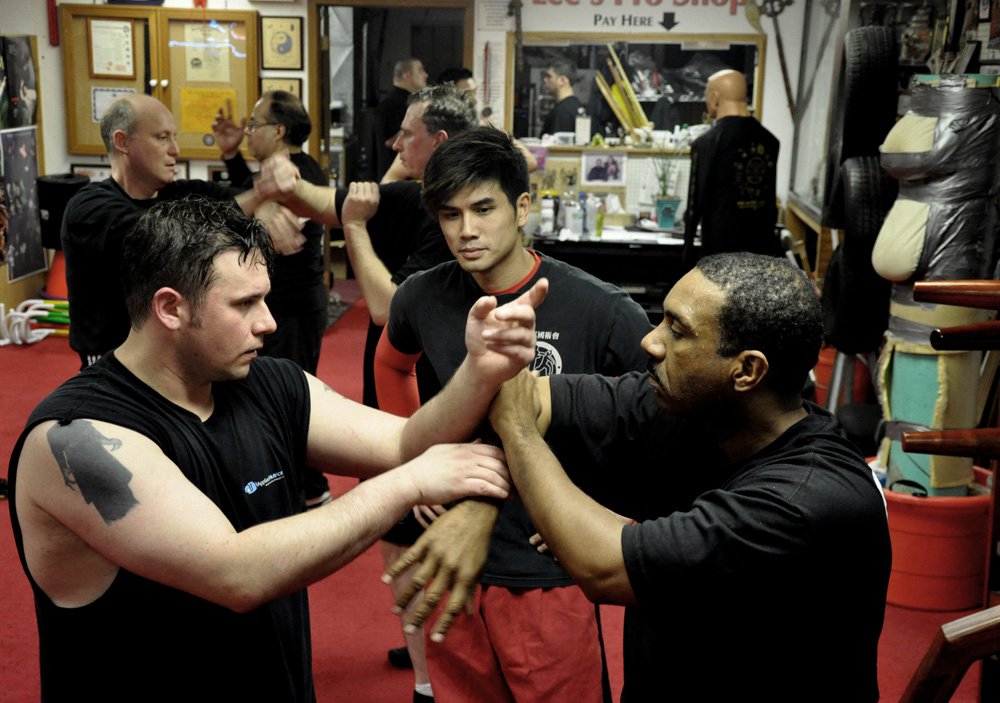 The circle remains unbroken: training my student (right) under the watchful eye of my sifu, Philip Ng.

then make no mistake, we take that as a sign of disrespect to our Club, our system and our lineage and you will be asked to leave.

When we roll up our sleeves and go to work it is eyes forward and ears open. We train as we wish and how we wish with full respect to our system, our lineage and the reality of combative encounters which are greater than anyone’s name, rank or reputation.

If you can’t get down with that, look down the road.

Fostering friendship and camaraderie in the best way: through hard training.

Sifu/Head Coach Robert and the 820XVT are currently located in the Champaign-Urbana, IL area.  Training is conducted on a private or small group/semi-private (up to 4 students per session) basis and is done by appointment only and only after the prospective student has met with Robert personally.  This ensures each session is customized to the student or students’ needs and goals for training as well as each participant’s individual ability level.

The 820Express Ving Tsun Martial Science Club (820XVT) is a PROUD Affiliate of the following organizations:

Modules for this product 0
I WANT IN!

How do you want to pay?

Enter your email address and we will send you a link to reset your password.